A week before the midterms last fall, Bruce Springsteen released the live version of “Land of Hope and Dreams,” from the soundtrack to Springsteen on Broadway. If you’d been wanting to weep about the demise of the U.S. of A., this song was the perfect trigger.

Take, for instance, the prospect of living in a nation where “dreams will not be thwarted.” That’s right up there with “trampling out the vintage where the grapes of wrath are stored,” from the thick of the Civil War in 1862. It took America a mere 103 years after the debut of that tune to give black residents the supposed right to vote at a polling station. As for de facto voting rights for more than 14% of our nation . . . well, Nancy Pelosi et al. are hinting that the check might be in the mail. (But don’t hold your breath.) 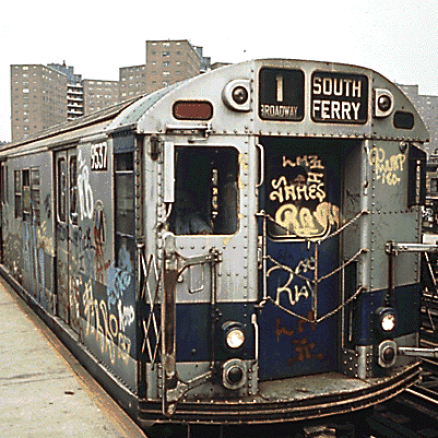 “Land of Hope and Dreams” seemed to me Springsteen’s plea to all sentient Americans: “this train” is big enough for all of us, so get out there and vote in representatives who will make peaceful coexistence happen. Sadly, however, his choice of metaphor—“big wheels roll through fields where sunlight streams”—relegated his message (however moving) to weightless nostalgia.

Why can’t Americans shed their fixation on trains given that, on a national scale, hardly anyone rides them? It could be that a steaming locomotive cutting through wheat fields is one of the few patriotic images that left and right can still agree on. Budweiser’s Superbowl commercial—with an ear-flapping dog, a wagon full of beer, and a team of Clydesdales cutting through wheat fields and wind farm to the tune of Bob Dylan—pushed every button on the spectrum for a similar case of the feels.

Bruce was probably striving for consensus. After all, he’s not singing about the socialist high-speed rails of Europe and Asia but the kind of train that carried FDR’s coffin around the country. And yet his nostalgia is a world apart from the MAGA nostalgia that’s put our country in a chokehold—nostalgia for the days when it was Clint Eastwood and Gran Torinos that glistened in the sun, when suburban flight and the razing of inner-city neighborhoods transformed “public” into non-white and poor. It seems insane, but MAGA nostalgia is for every bad thing that made Sesame Street necessary.

There may be some consistency of logic to our warped train nostalgia given that trains and oil were the start of the one percent. There is a reason trains occupy the north-south-east-west of the Monopoly board. The men who built the transcontinental railroads were probably our nation’s first welfare queens. They got free land from the government, they used labor from China and other countries at slave wages and working conditions, they paid no taxes on their handouts, and they gouged homesteaders when they sold what they’d got for nothing.

For almost a century, railroads dictated how America’s population was dispersed. They were the means for the great rural-to-urban migration in the eighteenth century. They were the means for the Great Migration north in the face of Jim Crow and the launch site for our nation’s civil rights wilderness years, when Plessy v. Ferguson officially declared “separate but equal” the codewords for institutionalized racism.

Trains were everything until Henry Ford came along—building cars that his employees could afford while doing his best to institutionalize anti-Semitism. Ford’s assembly-line products were the start of the shift from public to private in America (a chicken in every separate-but-equal pot). People who traveled alongside strangers were classified as poor, and no one wanted to be poor.

As cars came to rule America, trains became a ubiquitous metaphor for financial and personal ruin. Artists from Woody Guthrie to Johnny Cash sang about trains not to exult them but because they were the only way out for those trapped in poverty. Dust-bowlers didn’t have the luxury of opening an envelope to 0% financing on a Chevy Tahoe.

Simultaneous with the slow but persistent sprawl of the Eisenhower Interstate System was the blight of abandoned tracks. Train tracks seemed to lead everywhere in the smallest of towns . . . until they didn’t. It’s painfully ironic how local communities around the country crowed with pride when they finally had the resources to pull up decades-defunct tracks and sell off the land—right around the time that the scale of climate change was becoming publicly known. A major reason we are unlikely to have a national rail system anytime soon is not just the cost of re-laying track. How could the government ever buy back so much real estate?

Nowadays, even when terror of greenhouse gas emissions creates a will to conjure rail travel back from the dead, we have anti-transit forces like oil billionaires Charles and David Koch heaping undisclosed bundles of cash to sabotage popular local initiatives to build light-rail trains and other public transit in states like Tennessee, Arkansas, Arizona, Michigan, and Utah.

It’s safe to say that the only significant train action going on in this country is within the two blue state anchors on each coast. Until February 12, the $100 billion Los Angeles-to-San Francisco bullet train project had been a big part of California’s progressive lamplight. But last week the image of a shiny train speeding along the coast was temporarily laid to rest when incoming Governor Gavin Newsom scaled back the state’s ambitions from 800 miles to just a 171-mile stretch. (For the full monty, you’re talking about 2033 at the earliest.)

Two days later, Amazon announced it was pulling out from plans to build its second headquarters in Queens, New York. One of the reasons why residents of Queens and the other boroughs were livid about this deal was the idea that Amazon was being handed a massive tax break while taxpayers endure a mass transit system that’s falling apart.

When I say that “train action” is going on in New York I mean that there is no other place in this country where people get on as many trains in a single day. New York State and City cutting the Amazon-friendly deal didn’t make sense for a metropolis of 8.5 million that lacks both fast trains and enough of them to get people to work in a reasonable amount of time.

You read about the blight of New York in the seventies, but even graffiti-covered subways back then ran on better time than today. We fortunately don’t have that era’s crime, but instead we have an existential dread of rush-hour trains that is absurdly inconsistent with the city’s economic health.

To me, the MTA is like the future-less Soviet Union and each of its riders a resident exile who, per poet Joseph Brodsky, “survives like a fish in the sand.” I think of being a fish in the sand every time I see a Del Monte tin can C car creep into a station. I remember one night when—after having waited forever for an uptown A, one station shy of my destination—the operator instructed passengers to exit and wait on the platform. “This train’s goin’ to the yard,” yelled one of his fellows leaning out of a car window. All of the displaced passengers stared at him because it seemed like a verdict on the entire MTA.

It’s unfortunate that the Amazon deal was scrapped, because it might have benefited those of us beyond the 25,000 getting the jobs. Amazon reached a valuation of $1 trillion last September; the MTA needs a $60 billion overhaul. It seems like those two facts could be joined at the hip. I am normally against public-private approaches to civic infrastructure, but it is now widely acknowledged that our national workforce will become idle in direct proportion to the swelling of Jeff Bezos’s net worth.

A century and a half ago the Jeff Bezoses of New York City were railroad barons—Cornelius Vanderbilt and Jay Gould—publicly duking it out over ownership of the Erie Railroad. The scale of their Albany bribing was astronomical by today’s standards. That’s where the phrase “suitcases of cash” came from. Gould’s tactics included issuing fraudulent stock, manipulating the gold market, and duping the U.S. Treasury to cause the 1869 stock market panic. That, my friends, is the real pedigree of “this train.”

But how much better are we now when the suitcases of cash go in the other direction? I really do wish there was hope for Bruce’s patriotic strain of nostalgia coming to some kind of good. It’s what I want to believe. I thought of Bruce while reading a New Yorker scaled back with Yael Tamir, whose book Why Nationalism argues that, while nationalism is the only way forward, there can be a liberal version:

The welfare state was built on the assumption that we had something in common and cherished it, and that we were ready to sacrifice something—whether it is wealth, or something in our lives—for this thing we have together. Unless we re-create this, the collective-action problem we have in democratic life has no answer.

As the only place in this country where people think incessantly about the comings and goings of trains, it would seem by Bruce’s logic that New York City is the only land of hope and dreams that America’s got right now. After all, he sang about saints and sinners, losers and winners, whores and gamblers and lost souls to thousand-dollar seats a couple avenues away from the train station built by Cornelius Vanderbilt. You could say it’s sheer hypocrisy to belt out “this train” to the privileged. But at least Bruce’s “this train” didn’t end with “is goin’ to the yard.” §

This site is the original copyrighted work of BARBARA SUTTON. Please do not use without the author’s written permission. No goods or services are sold on this site and there is no third-party advertising.

The masthead illustration is a detail of an oil painting by Boston artist Jon Amburg.